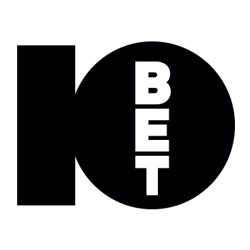 The development of online gaming had a dramatic effect on the bookmaking industry. In the most obvious way, it changed how we as punters could place our bets and interact with those that give us odds. More than that, though, it allowed companies that didn’t even exist prior to the proliferation of the internet to not only spring into life but also develop to the point that they could compete with the industry’s biggest names for your business.

That is very much the case with 10Bet, a company that was only founded in 2003. Owned and operated by the same company as RealDealBet, 10Bet might not have the name recognition of the likes of Ladbrokes or William Hill, but you don’t need to be a household name to compete in the online gaming industry any more. What matters more are the features you’re able to often bettors and the deals that you have to catch their attention in the first place. Speaking of which… 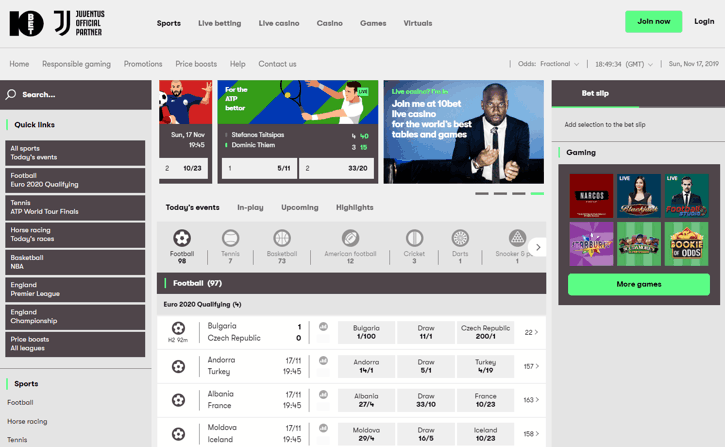 10Bet colour scheme is predominantly blue, black and white, meaning everything on the site is nice and easy to read. That mind sound like a ridiculous statement, but I personally have got headaches from some sites out there, such is the ridiculousness of the colours they’ve selected to run their site with. I must admit that I didn’t love the 10Bet site when I first started using it, but it’s actually a bit of a grower. All of the navigational options make sense, with ‘Top Events’ on the lefthand side of the page a really useful way to get around the site if you tend to enjoy betting on whatever’s popular.

The site itself responds quickly enough to requests I make of it, though sometimes pages are a little slow to load in spite of the fact that I’ve got a very fast computer and an excellent broadband connection. It’s almost as if one page goes to load up but then is replacement by another. Even so, we’re talking about seconds here rather than minutes, so unless you’re ludicrously impatient I can’t imagine that it will bother you. Pretty much wherever you are on the site, the righthand side of the page is dedicated to links to the latest offers that 10Bet have on the go. How much you like or are annoyed by that will be down to personal preference.

Smaller companies often know that they won’t compete with the big boys if they go toe-to-toe on all areas of their coverage, so it’s often worth trying to focus their energy on a couple of things. That’s why I’m quite impressed with 10Bet’s In-Play betting feature, which covers numerous different sports and makes sure to have good depth on the more mainstream ones. There’s also a limited amount of Live Streaming available; not enough to write home about, but there are often a couple of bits to keep you interested.

One of the interesting things about a lesser-known bookmaker is that they tend to offer a more diverse number of sports in the hope that it will win them business. After all, you might be tempted to go to the biggest bookie in town if all you like to bet on is the football, but what if the sport that you favour isn’t covered by a mainstream company? That’s why you’ll find slightly more unusual offerings under the 10Bet umbrella, such as trotting, beach soccer and surfing. That’s not to say that sports like tennis, football and rugby aren’t covered – they are. It’s just that you might have some joy if you’re a fan of an off-beat sport. 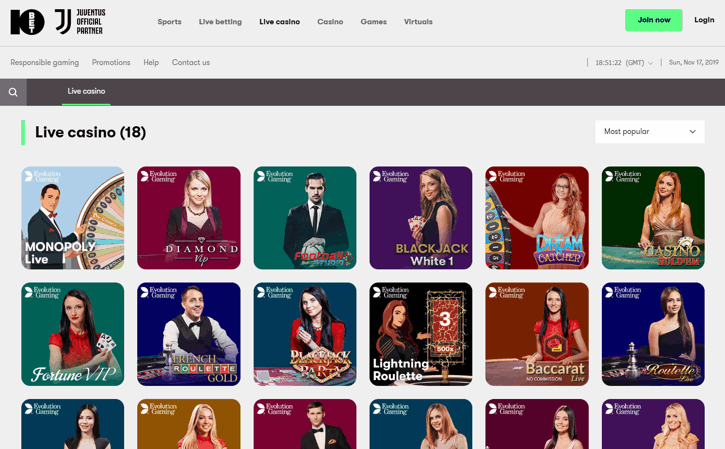 10Bet doesn’t quite have the over-arching, all-under-one-roof sensibility of some of the biggest names in the game, but they still offer a fair amount of stuff that you might want to take advantage of. There’s both a casino and a live version of the casino, allowing you to choose between computerised table games and ones with real dealers. There’s also a ‘Games’ section that offers plenty of the best slot-type games around.

NETeller asks for a minimum of £10 when it comes to how much you can deposit into your account, with £20 required for Ecopayz, bank transfer or cheque. Everything else has a minimum deposit of £5 and all methods with the exception of the PaySafeCard will allow a maximum of £50,000 to be paid in in one go. When it comes to withdrawals it’s a minimum of £5 for Skrill, £25 for bank transfer and £10 for everything else. As with deposits, the most you can take out at one time is £50,000.

The better question would perhaps be ‘Who Are Blue Star Planet Limited’, as that’s the company that operates 10Bet and the sister company RealDealBet. The answer is that it’s a company based in Malta for the purposes of operating the two online bookmakers and with a gambling licence issued by the UK Gambling Commission. 10Bet itself started life by targeting an Asian market before moving operations further afield, nowadays operating in more than ninety countries.