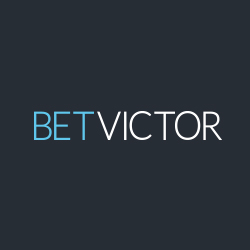 Victor Chandler is a Chelsea supporter once won a million pounds from his rival bookmaker Fred Done, owner of Betfred, when the pair had a bet with each other over whether the London club or Manchester United would win the league. BetVictor, the company set-up by Chandler’s family, are the official betting partner of Liverpool Football Club. Those two facts will give you some indication of how the company operates; simultaneously not afraid to put its money where its mouth is and also willing to forgo personal preference if it makes good business sense.

Despite boasting bookmaking roots that date back to 1931 when William Chandler ran a book at Walthamstow Stadium, which he owned, it feels as though BetVictor have only become truly settled in recent years. That’s because the company has re-branded itself several times, becoming VC Bet in 2004 and Victor Chandler in 2008. It’s been BetVictor since 2012, however, and the reputation of it has grown steadily since then. Part of that is down to sponsorship of numerous sporting events, with horse racing being a common one. The Queen Mother Champion Chase at the Cheltenham Festival is an example of a race sponsored by BetVictor. 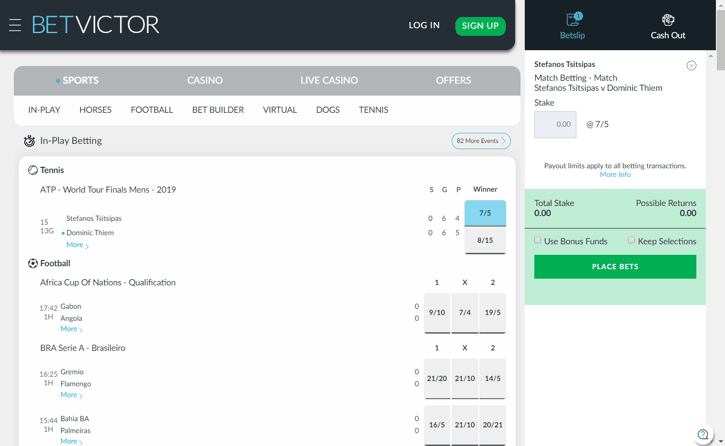 BetVictor’s site is clean and functional. That might not sound too exciting, but you’d be surprised how many bookies go for something more complicated than that and end up rendering their page virtually useless. BetVictor’s choice to opt for a much more clinical approach has paid dividends when it comes to usability and it’s one of my favourite sites to turn to when I’m looking to place a bet. Whites and blues are the major colours used in the scheme, meaning that everything is easy to see and placing a bet is a cinch.

The usability of the site is aided and abetted by the fact that it’s not slow to follow instruction. Click on a link within the pages and you’ve barely lifted your finger off the button before the new page has opened. Obviously a lot of that is down to the machine you’re using and the state of your broadband connection, but even on an old PC of mine the site breezes along. There are ‘Top Links’ and Popular markets down the lefthand side of the page that will help you get to the most popular bets nice and quickly, whilst links across the top will take you to the likes of In-Play betting and football straight away.

If one area of BetVictor is a bit of a let down then I’d say it’s the company’s Live Streaming. Now that’s not because they don’t offer any, with horse racing in particular streamed live as long as you’ve placed a £1 bet. Rather it’s just that they don’t make it clear how to live stream events or where on the site you need to head to if you want to watch a race live from UK and Ireland. It’s a shame as the company’s In-Play betting and Cash Out options are both excellent, so you’d expect a little bit more from them when it comes to being able to watch something live.

There are loads of decent options of sports to bet on courtesy of BetVictor. Perhaps unsurprisingly for a company that started life at a greyhound racing stadium, was owned by a Chelsea supporter and then bought by a millionaire who owns race horses, the three biggest sports in the UK are also the best covered. There are plenty of other sports offered by BetVictor, of course, with more modern ones like mixed martial arts as prominent as more classical ones, such as darts, cricket and tennis. You can even bet on things like entertainment and politics, should that be of interest. 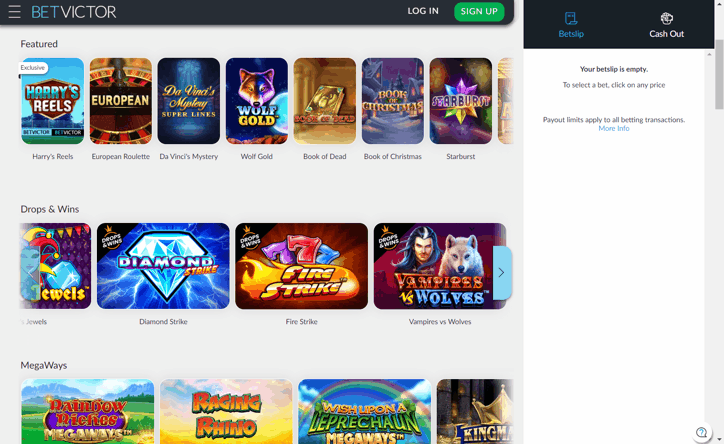 Obviously the fact that the welcome offer includes money to be used in the casino is indicative of the fact that BetVictor have a casino. Within it you’ll find a live casino as well as the usual variants of table games and slot machines. There’s also an instant win section, in case you don’t particularly want to have to play games and want to get straight down to business.

BetVictor do have certain limits regarding how much you can win in any one day. There’s a slight variance from sport to sport, so it’s worth having a look on the site if you’re a high roller. A rule of thumb is that £500,000 is their limit. When it comes to depositing money into your account, most methods ask for a minimum amount of £5 apart from PayPal, which needs £10, and BACS that asks for £25. It’s also £25 for withdrawal via BACS and it’s a minimum of £10 via all other domestic withdrawal methods.

The Chandler family has long been involved in the sporting industry, from the moment that William opened Walthamstow Stadium back in 1931. When he died it could have gone to any of his five sons, given that each of them had some involvement in sport. That was then and this is now, however, and in the modern era the company belongs to Michael Tabor. Tabor has also been involved in the betting industry for several decades, having grown a couple of bookies into a business with more than one hundred shops that he sold to Coral in 1995 for more than £20 million. He was a gambler himself, being so successful that Ladbrokes stopped taking his bets. Today BetVictor Limited is an independent bookmaker based in Gibraltar.