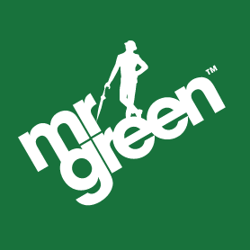 Fredrik Sidfalk and Henrik Bergquist had already gained some experience in the gaming world by founding Betsson along with Anders Holmgren in 2001. The pair joined forces with Mikael Pawlo in 2007 to create Mr. Green, launching the company’s website the following year. Initially the company was just an online casino, separating themselves from the crowd by offering games from numerous different supplies but allowing customers to have one wallet. That’s standard practice nowadays, but back then you had to change your chips to play the games of all the various operators.

Unlike some companies that tend to hoover up smaller operators when the opportunity presents itself, Mr. Green has only bought up two different online gaming competitors. The first such acquisition came about in 2015 when they bought Mybet Italia, an Italian gaming operator. In 2017 they followed that up with the purchase of the Danish company Dansk Underholdning. Mr. Green made its first foray into sponsorship in 2014 when they did so with Bohemian Football Club, the oldest league side in Ireland. At the end of 2016 they became the official betting partner of Wigan Athletic, proving the company’s determination to break into the British betting market.

First and foremost I have to report a problem. I couldn’t load up Mr. Green’s sportsbook homepage using Safari on my Mac. Now that might be because of my computer rather than the site, but I wanted to flag it up anyway just in case. Once I moved over to Chrome I didn’t have a problem, so if you’re a Windows or Chrome OS user then I don’t imagine you’re going to have any issues. As for the site itself, Mr. Green have gone for an entirely different layout to the one that is common with most major bookmakers. Rather than placing a list of sports you can bet on down the lefthand side of the screen, for example, they’ve put the most popular ones in a strip across the top. If you want to see all of their sports then you can click on the All Sports tab, which then opens a new page.

The main bulk of the page is given over to bets the company thinks you’ll want to place, a live match and the ‘Match of the Day’ that they reckon you should be betting on. You’ll also find links to highlights of games coming up in the next couple of days. In one sense I should really like Mr. Green’s site; after all, I’m a big fan of a stripped down homepage and the consistency in their green, white and yellow colour scheme makes it easy to see what’s going on. The site also responds well to commands given to it, loading up pages quickly enough. Yet there’s something about it that doesn’t quite tick my boxes. I’m not sure what that something is, for the record, and you may well find that it does everything you’d like it to do. So often these things come down to personal taste but, you know, this is my site so I’m giving you my impression of it.

When it comes to the features that they offer, Mr. Green seems to be improving all of the time. They have In-Play betting options available on the majority of sports that it makes sense to do so with, including the likes of ice hockey, handball and cricket. As with most bookies worth their salt that offer In-Play betting, you can Cash Out your bet if you feel as though it’s getting away from you. Mr. Green don’t offer Live Streaming, but they have introduced their ‘Bet Assist’ feature. This is where certain events will also have some information for you, such as ‘Liverpool have scored more than three goals in five of their last six matches’. It’s helpful statistics based information for you to keep an eye out for.

Mr. Green’s list of sports is certainly decent enough, even if it’s not the sort of thing that you’re going to write home about and encourage others to marvel at. Football, cricket, tennis and horse racing all make the list, with greyhound racing being the only particularly obvious absentee. There’s also a few more options that might interest those of you that tend to look at European markets, such as pesapallo, trotting and Gaelic sports.

Given that Mr. Green began life as an online casino, it’s no major shock to discover that their casino offering is still a big part of their service. They’ve gone hot and heavy when it comes to slots, combining both traditional-style ones with the latest and greatest video slots. You can play standard online casino games or take a trip to the live casino if you’d prefer, with Keno also an option for those of you that like a bingo type game.

Mr. Green promotes itself as the ‘gentleman bookmaker’, so you’ll find references all over the site to Green Gaming. Indeed, as soon as you open your account you’re asked to set a limit to how much money you’d like to deposit on a daily basis. The site offers you the chance to make both normal deposits and what they call ‘quick deposits’, the latter being via Visa, Visa Electron or Mastercard. Other options include bank transfers and e-wallets such as NETeller and Skrill. You can withdraw your money using almost all of the same methods, though Mr. Green’s website is distinctly lacking in information about minimum and maximum amounts. That makes it all a matter of guessing and hoping, which can be frustrating.

Who Are Mr. Green?

With a head office in Sliema, Malta, Mr. Green Limited is a subsidiary of the parent company Mr Green & Co AB. That parent company is based in Stockholm, Sweden, where Mr. Green was originally founded. In 2016 Mr. Green appointed Jesper Kärrbrink as the CEO, with his appointment coming a year after the company had obtained a UK Gambling Commission Licence, enabling it to sell its wares in the United Kingdom.