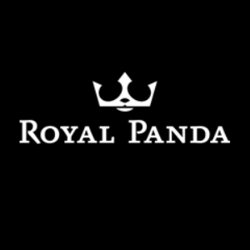 I’ve mentioned in other reviews my opinion on the different type of bookmakers, but it bears repeating given the subject of this review. For me, there are two types of bookie nowadays; the ones that were formed decades ago, either before or not long after opening a bookmaker’s shop was made legal in the UK; and the ones that have only really been around since the development of the online betting industry. There’s actually no major difference between the two as far as we’re concerned, given that both types have an online presence nowadays.

Yes the older bookie might have a better reputation or high street shops for you to use, but generally speaking they’re all much of a muchness. Royal Panda definitely fits into the latter category, having only decided to open up a sportsbook in 2017. The company’s been around for a bit longer than that, as a matter of fact, having began life in 2014 as an online casino before making the transition into fixed odds betting. One of the ways in which they’ve got their name out there is by sponsoring Queens Park Rangers Football Club, a Championship club at the time Royal Panda decided to have their name on the front of the players’s shirts.

How much you like the Royal Panda site will depend entirely on how much you enjoy being plunged into the middle of the action, for that is what happens when you log on to your account. The sportsbook homepage lacks the finesse of other sites, perhaps, as you aren’t immediately greeted by a list of current events or a sidebar that presents all of the different sports that you can bet on. Instead you’re taken deep into the heart of the action, finding a current event presented to you in detail in the Event View tab. From there you can shift to a few different options, including Dashboard and Live Overview.

The majority of bookmakers have a list of all of the sports that they cover down the lefthand side of their homepage, perhaps also adding in some quick links to the most popular events. Royal Panda have, essentially, eschewed this in favour of a hidden away menu that you have to click to reveal, accompanied by icons representing the various sports. I’ll be honest, I don’t love it. You shouldn’t let that dictate anything to you, however, as it might well be right up your street. Whatever else I can say about the site, one complaint I can’t have it that it’s slow to respond to what I ask of it. Pages open swiftly and information is displayed clearly enough.

As you may have gathered from reading about where you go when you first open the sportsbook homepage, In-Play betting is a big part of the Royal Panda offering. In fact, I’d go so far as to say it’s perhaps even the feature that the company considers their best asset. The Live Calendar tab at the top of the page presents you with as many options as you could imagine when it comes to things that you can bet on as they’re taking place. Live Streaming isn’t an option, but there are pleasant graphics next to the sport you’re betting on that give you an idea what sort of thing is going on. There’s even sound of a crowd cheering every now and then, if that sort of thing floats your boat. You can Cash Out certain bets, too.

It might take you a while to find the list, but Royal Panda’s offerings are actually surprisingly numerous. Obviously the mainstream sports that UK audiences love to bet on like football, tennis and rugby are on the list, but there are also countless other events that few other bookmakers are interested in on there as well. I’m not just talking about random sports such as biathlon, beach football or handball, either. You’ll also find that Royal Panda will offer you odds on World of Warcraft and Vainglory computer game tournaments too. Special bets like who will be the next James Bond and politics, TV and movies are also covered.

As I mentioned in the intro, Royal Panda started life as an online casino, so the sportsbook is complimented gamely by a standard online casino offering. That means that you can play all of your favourite casino games, such as roulette and blackjack, in computerised form. More than that, though, there’s also to ability to play versions of those games that are hosted by real life dealers in the live casino.

Royal Panda offer all of the mainstream payment methods that most big bookmakers do, so you’ll be able to pay money into your account using debit and credit cards, Skrill, NETeller and paysafecards. There are also a huge array of alternative options, should you wish to opt for them, so expect to be able to use options like AstroPay, DineroMail and Trustly. There’s a minimum payment required of £10 for deposits, if you were wondering. When it comes to withdrawing your winnings, your options are a little more limited. You can choose to make a bank transfer, use your debit or credit card again or opt for either NETeller or Skrill. After that you’re out of luck, but the least you’ll need to withdraw is £10 again.

Who Are Royal Panda?

Owned and operated by Royal Panda Limited, the company is based in Malta and has been ever since its inception back in 2014. The company does claim to have over a decade’s experience in the industry, but it’s not entirely clear whether this is as a company or simply as players of online games. Certainly this latter factor is part of why the creators decided to set up Royal Panda in the first place, having been tired of the user experience when it came to playing casino games over the internet.