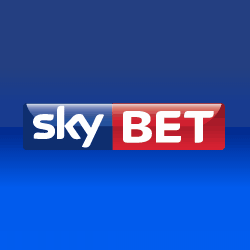 It is widely acknowledged that Sky Sports changed the face of football when they helped to usher in the Premier League era back at the start of the 1990s. The company has covered virtually every sport there is to cover at one point or another, so it wasn’t a shock when a decision was taken by BSkyB to buy the Sports Internet Group in 2000. That was the start of Sky’s move into the world of bookmaking, mainly because included within SIG was Surrey Sports and that’s the company that got a rebrand to become Sky Bet in 2002.

Unsurprisingly, the bookmaker has strong ties to Sky Sports, with the presenters of Sky’s sports coverage often referring to the odds on events they’re covering to give you some indication of how bookmakers are seeing things pan out. There’s also a crossover between the bookie and Sky’s Soccer Saturday, thanks to the Super6 feature that offers players a chance to win big cash simply by correctly guessing the scores of six different football games. That’s free to play, too, so you can win a lot of money even if you’re not really a regular bettor.

If you’ve ever used a Sky product then it will come as no surprise whatsoever that Sky Bet is as slick a site as it’s possible to find. It follows the Sky Sports colour scheme or blue, white and red and it keeps everything nice and clear. It is the ‘paint by numbers’ of betting sites, but I don’t mean that as an insult. What I mean is that it does exactly what you expect it to, which makes it really easy to navigate and get the best out of. One of Sky Bet’s best things is its simplicity of use, so you’ll find the top sports that people like to bet on and quick links to the most popular betting markets located down the lefthand side of the screen.

In terms of speed of use, a lot of it will come down to how good your computer is and whether or not you have good quality broadband. If you do then expect your requests of the site to be actioned immediately, with a click on a link resulting in a lightening fast response. Everything from the layout of the page through to the links to blogs and tips is exactly what you’d expect from such a well-known company. My only complaint is that it’s slightly confusing to figure out how to go back a step when looking at different sports and competitions, but once you’ve figured it out it’s great.

To some extent, the problem for Sky Bet is that they can’t possibly meet expectations. Their Live Streaming is excellent, for example, offering football, tennis and horse racing, but because the company is associated with a sports broadcaster no one is that surprised. They also have a great Cash Out feature, including the new addition of Cash Out Boost that sees random Cash Out bets given a little shot in the arm. In another move that’s not a shock to anybody, the In-Play betting is exactly as good as you’d expect it to be for a company that wants to encourage its users to watch as much sport as possible in a live format.

A good rule of thumb for knowing whether or not a sport is likely to be covered by Sky Bet is whether you can watch it live on Sky Sports. That’s not always the case, of course, but it’s a handy thing to think about when you’re going to place a bet. Sky Sports essentially revolutionised football so if you’re a fan of Britain’s most popular sport then you’ll be delighted by Sky Bet’s coverage of it. Equally the most commonly bet on sports, such as tennis, cricket and horse racing, sit comfortably alongside slightly rarer sports like Gaelic games, netball and speedway. Politics, music and ever TV and film markets are also covered.

As I mentioned in the ‘Welcome Bonus’ section, Sky Bet has branched out over the years to include numerous different online gambling opportunities. Sky Vegas is the company’s Las Vegas-style casino, including popular slots and table games. If you prefer a more straight-laced online casino then the imaginatively named Sky Casino should do the trick, with Sky Poker being the brand’s online poker game. There’s also Sky Bingo, for those of you that prefer a modern take on a more old-fashioned betting method.

Regardless of your banking method, the minimum you can withdraw from your Sky Bet account is £10. For such a large company it’s actually quite tricky to find out Sky Bet’s minimum deposit amount. I know that if you’re looking to put money into your account via debit or credit card then it’s £5, so that’s a good starting point. You can also pay money in via Apple Pay if you’re registered for Apple’s service, which is a handy little added extra.

Who Are Sky Bet?