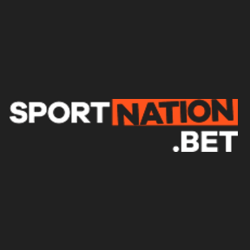 Sport Nation is probably the youngest of all bookmakers that I’ve done a review of. Except that’s not really true. The newest bookie on the block is actually just a re-branding of an older company, with Sport Nation having been previously known as Bet On Brazil. That involved a collaboration with the sports pundit Alan Brazil, thanks in no small part to the former Manchester United and Tottenham Hotspur player’s willingness to lend his name to the enterprise. Given that new bookmakers don’t have the same name recognition as the biggest ones in the business, it makes sense for some of them to get a celebrity endorsement in the hope that that will help them catch the eye of punters.

Bet On Brazil did just that, launching ahead of the UEFA European Championships of 2016 and seeing a fair few bettors getting involved to see what all the fuss was about. There hasn’t been any big explanation about why they’ve decided to abandon the celebrity endorsement route and re-brand as Sport Nation. It’s obviously not a problem with Alan Brazil himself, given that Argyll Entertainment AG, the bookie’s parent company, still employs him for a feature called ‘Brazil’s Fantasy Fever’. Regardless, the good news for us is that it means that there is a whole new raft of welcome offers for us to take advantage of. After all, if you plan on re-branding yourself then you’ll need to let people know that you’re out there!

I like the pared back nature of the Sport Nation site. Don’t get me wrong, there’s a lot going on on the main page. But the colour scheme of predominantly black and white along with some mint green gives it a classy look and makes it nice and easy to navigate. There’s a list of the most popular sports on the top lefthand side of the homepage, just above a link to the events of the day and a full list of every sport that the company offers bets on. On the righthand side you’ll find your betslip, as well as a live schedule and a select few events that are live at that exact moment.

The middle of the page takes up the most screen real estate, with daily promotions sitting above betting highlights, a list of live bets available there and then and some last minute bets that may well take your fancy. Clicking into any given event will present you with a list of all the markets as well as a visualisation of the event as its unfolding and a series of statistics, if they’re available. The site isn’t the fastest I’ve ever used, but then it’s not even close to being the slowest either. All in all I think that Argyll Entertainment AG have learnt from the mistakes of Bet On Brazil and made this a much more appealing site.

Bet On Brazil didn’t have a whole raft of features to write home about, so it’s not exactly a shock that Sport Nation doesn’t either. In-Play betting changed the face of the online betting industry when it was introduced, with virtually no bookmakers leaving it off their list nowadays. Sport Nation do it quite well, actually, and they’ve also added a Cash Out option to mean that you can really take advantage of the changing nature of the market as an event pans out. There’s no Live Streaming available at present, so the visualisations I mentioned before will have to do you when it comes to figuring out when to make your move.

There’s always been a decent whack of sports to bet on with Bet On Brazil and it appears that they’ve made the transition over to Sport Nation. The link back to Alan Brazil remains thanks to the company’s very decent coverage of football, with numerous other mainstream sports also finding pride of place on the list of sports you can bet on. That includes the likes of horse racing, golf and tennis, with greyhound racing being the only particularly notable absentee.

Sport Nation might only be a new bookmaker if you think about the company as only coming into being since their 2017 rebrand, but that doesn’t mean that they’ve got nothing more than a sportsbook to offer you. There’s both a normal online casino and a live casino equivalent, so you’ll be able to play all of your favourite games either with a computerised dealer or else a real life one.

Sport Nation have a minimum deposit amount of £10, which is a decent enough figure. At present they only offer three deposit methods; namely debit card or bank transfer. I’d expect this to change as time wears on and the company gains a reputation and more customers, though. The minimum withdrawal amount that you can make is also £10, which is a lot less than quite a few companies.

Who Are Sport Nation?

The key question here really would be “Who are Argyll Entertainment AG”? The answer is a little more vague than you might be hoping for. Argyll Entertainment is based in Switzerland and in turn owned by the AHG Group, which is located in Florida. The dynamic company boasts a motto of “Don’t Bet On Boring”, which should tell you everything you need to know about how they like to do business. The most important piece of information that I can give you is that they have a UK Gambling Commission licence, so your money is as safe as houses.