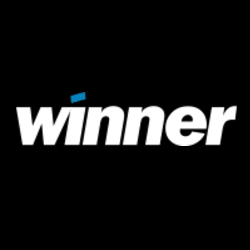 Another bookmaker from the breed of new bookies that have come into existence since the development of online gaming, Winner has been running a sportsbook since 2013. As is the case with many other new online gaming companies, Winner actually started out as an online casino that also offered punters a chance to play some bingo or poker if that took their fancy. Once they’d established themselves and drummed up a loyal following the obvious next move was to offer fixed odds sports coverage.

What I would say straight off the bat is that you shouldn’t let the fact that the company doesn’t have the same household recognition as the likes of William Hill or Ladbrokes put you off. The beauty of the development of online gaming is that it’s given an opportunity to smaller companies to take on the big boys and they often give them a run for their money. In fact, some of the smaller companies are actually even better to place a wager with precisely because they need to do something to catch your attention, meaning that odds are sometimes stronger or their coverage goes into more depth than the companies that take your business for granted.

I’ll be honest, it took me a bit of a while to get used to using Winner’s site. There doesn’t seem to be any consistency with the the colour scheme for starters, with blue and white being the main ones they’ve opted for but a strange orange colour thrown in on occasion just for confusion. I also found their sportsbook homepage to be particularly busy with promotions and other bits of information. If you’ve read any of my other reviews then you’ll know that I’m not totally behind the idea of having to dig through loads of stuff in order to find the bet that I’m after. Having said all of that, though, once I’d come to terms with the fact that not every website in the world is going to be set up exactly as I want it to be, I actually began to see the benefits.

You can add your own favourite sports to the lefthand sidebar, for example, meaning that you can head where you want to go with speed and efficiency. They also put upcoming horse races right at the top of the central panel, allowing you to head straight there if one’s going to get underway reasonably soon. Live events sit happily in the centre of the page, separated quite neatly into different tabs. You’ll then find upcoming events as well as any big competitions taking place also dotted around the site. It’s not my favourite webpage to look at but I have to admit that it’s growing on me more and more as I get used to it. The pages also load nice and quickly, which is vital for something as time sensitive as placing a bet.

You may well have gathered that In-Play betting is a pretty big part of Winner’s coverage and you’ll find links to the live betting section all over the sportsbook homepage. That’s great in principle and you’ll likely love the way they’ve got it all laid out, but one thing worth noting is that it requires Flash Player to work. Most sites are moving away from that now, so I wouldn’t be shocked if Winner did the same in the near future. There’s no Live Streaming, unfortunately, but you can Cash Out your bet if you want to. This might well be a standard option for most bookies nowadays but that doesn’t mean that you should take it for granted. It’s a brilliant feature that Winner actually does quite well.

If one part of Winner’s coverage lets it down then it might well be the amount of sports that they cover. You would describe their coverage as acceptable rather than exhaustive, given that all of the main sports are there but little else besides. Ultimately Winner are targeting a UK audience, so I’d be surprised if you wanted to bet on something mainstream that they didn’t cover. Football, horse racing and tennis are there, for example. Greyhound racing isn’t always covered by the smaller bookmakers but Winner offer odds on all the big races, plus you can also have a flutter on major political and entertainment events, should you wish to.

If their sports coverage is found wanting then they more than make up for it in terms of other services available to you. A decent whack of virtual sports is just the tip of the iceberg, with both standard slots and Vegas-style slots also on the list. Slots aren’t the only thing that have more than one variation on offer to you either. You can opt for either a live casino, with actual people dealing the cards and so on, or a standard online casino that offers computerised versions of the game. If all of that isn’t enough then keep your eye out for their poker and bingo offerings, too.

In terms of banking there aren’t many standard deposit methods that you can’t use when it comes to paying your money in. Credit and debit cards are standard options nowadays, but PayPal, Skrill, NETeller, entropay and the like are becoming more and more usual. All are available to you with Winner. Interestingly, the minimum deposit amount via the desktop site is £10, but you can pay as little as £5 in if you use their mobile app.

Owned and operated by PT Entertainment Services Limited, winner.co.uk has been around since 2011. The company also owns TitanBet, which is an interesting titbit of information for you when it comes to how reliable they are. When it comes to the financial side of the business, Winner’s transactions are all done by Rapidlane Services Limited and the bookmaker itself has a UK Gambling Commission Licence, so you know your money is safe.