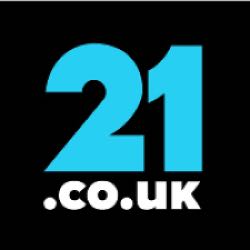 Some of the lesser-known bookmakers out there get set-up because they feel that there’s a niche in the market that they can take advantage of. Others see the way the big boys are doing things and decide that they could do it better. With 21Bet there’s an extent to which both of those things are true. The company was set up by a group of people who had previously been working for Betfair and felt that they could take the experience that they’d gained from being employed by one of the most successful start-ups in online gambling history and create something interesting and unique. That ‘something’ became 21Bet, which began life back in 2016.

It’s genuinely interesting to look at a site that you know was the brainchild of people who worked for a successful company and look at what they’ve done differently. I’ll talk about that in more detail shortly, of course, but it’s worth mentioning here as it’s something you can think about whilst you read through the review and check out the site itself. If you’re a newcomer to the company then you might well recognise their name and wonder why. I can help with that. They’ve taken on a few well-chosen sponsorship deals since forming in order to gain themselves some name recognition. This has included becoming the ‘Official Betting Partner’ of Wolverhampton Wanderers, re-naming the West Terrace of Gloucester Rugby’s home ground as the 21Bet Terrace and sponsoring British boxer Charlie Edwards for five fights. 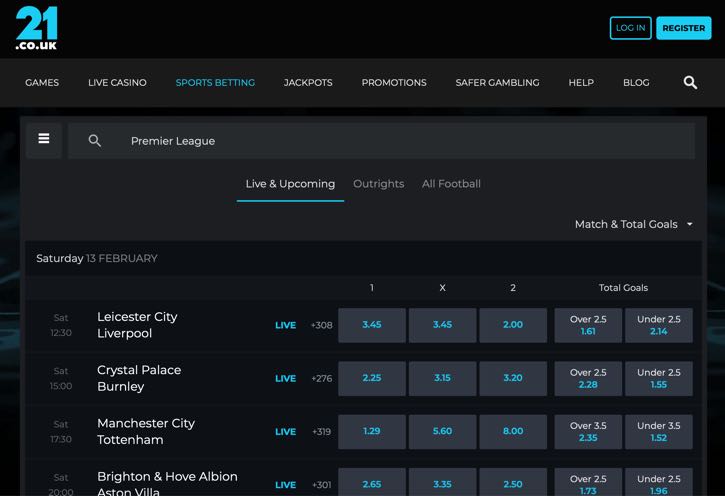 As I mentioned at the start, part of the reason for 21Bet being set up in the first place was that the people who started the company had worked for Betfair and felt that they could do things a bit differently. They’ve taken that notion and run with it when it comes to their website, where everything is as you’d expect and yet it’s also a wee bit different. Take the format of the sportsbook homepage, for example. With the vast majority of online bookmakers you’d expect to find a list of the different sports you can bet on down the lefthand side of the main page. Not so with 21Bet. Instead you’ll see the list of sports along the top of the page, with a dropdown menu entitled ‘All Sports’. I think that’s a bit cleaner and makes the site look less busy, as does the colour scheme of predominantly white, black and red.

Underneath a banner advertising their main promotions in the centre of the screen you’ll see the next thee horse races due to get underway. Scroll a little further down and you’ll see all of the horse racing action, with 21Bet making the somewhat brave decision to favour their horse racing coverage over the typically more popular sports like football. Live events and upcoming events can also be found in the main body of the homepage, but it’s not as dominating as you find with other companies. The righthand side of the page contains your betting slip, if you’re wondering, and quick links to some of the bigger sports and more popular events. As I say, it’s not radically different from the vast majority of online bookies out there. Yet there’s enough in it to make it an appealing site to use if you fancy a change.

In-Play betting is a feature pretty much every punter who has used an online sportsbook would expect to find and 21Bet’s system is as good as the best of them. They compliment it with a decent Cash Out service, which is handy if you want to mitigate any potential losses. In fact, the only feature that you might be disappointed not to find is Live Streaming, though I never consider that a deal breaker.

21Bet’s list of sports is probably best described as ‘solid’ rather than exceptional. You can bet on football, horse and greyhound racing and tennis, which are most of the main sports that a UK market is interested in. You’ll also find some sightly less mainstream options on there such as handball, ice hockey and GAA rules football. That’s about as exciting as it gets, so if you consider yourself to be an off-the-beaten-track kind of bettor then you’ll probably be a bit disappointed. 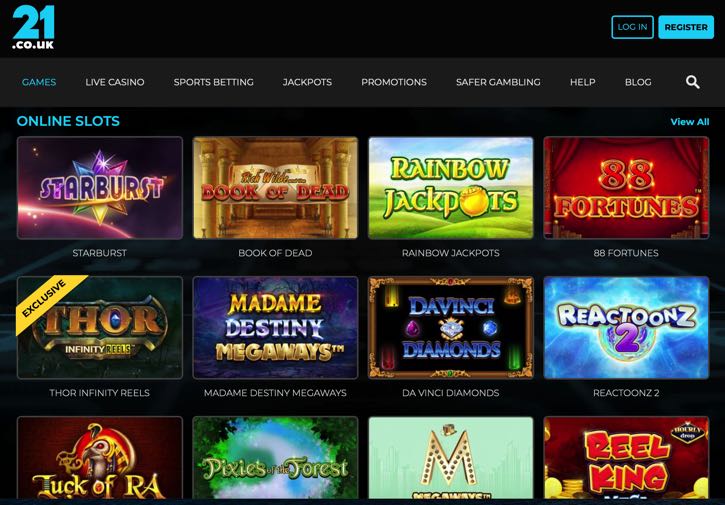 21Bet didn’t just make a sportsbook and then sit on their laurels. Instead they’ve linked it to a a casino and a live casino, meaning that you’ll be able to play both computerised and live versions of your favourite casino games. The casino also includes slot games, if you were wondering. Finally, you might want to check out 21Bet’s blog, which offers numerous betting tips and so on.

21Bet’s list of deposit methods is a little short at the moment, with debit and credit cards being the sum total of things on offer. You can deposit £10 or more at any one time, up to a maximum deposit of £5000. In terms of withdrawals your minimum amount will also be £10 and the moat you’ll be able to take out in a day is £2000.

21Bet is owned and operated by the parent company FSB Technology (UK) Limited. There’s no indication that that’s linked to the Russian secret service, just to put your mind at ease. What should also put your mind at ease is the fact that they have a UK Gambling Commission Licence, so your money is nice and safe with them. Unlike plenty of bookmakers who move to the likes of Malta or the Isle of Man as soon as possible for tax purposes, 21Bet is based in London.