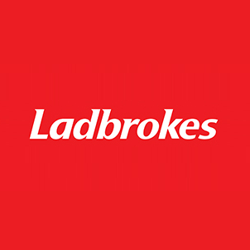 The history of Ladbrokes dates back as far as 1886 when two men names Schwind and Pennington decided to form a commissioning agency to represent horses trained at Warwickshire’s Ladbroke Hall. The transition into a modern day bookmaker was a gradual one, mainly because for the first seventy years the company’s customers were taken from the great and good of society in the form of the upper classes and British aristocracy. That didn’t change until Mark Stein and his cousin Cyril bought the bookmakers in 1956 and began to change the direction of business. Nowadays Ladbrokes comes under the banner of Ladbrokes Coral after the former merged with the latter.

I’ll tell you more about that later, but for now it’s handy for you to know that there’s a link between the two bookies and that that they’re run as entirely separate entities. As far as Ladbrokes itself is concerned, I could tell you about the numerous sponsorship arrangements that the company’s had over the years or the fact that it’s been one of the biggest bookmakers in the UK ever since the first shop was opened after it was legal to do so in 1961. Is there any point, though? It’s been a household name for decades, with the company’s decision to be the first to offer fixed odds on football changing the face of the industry forever.

Ladbrokes’s red and white colour scheme is very distinctive, so it’s not surprising to see it all over the website. That makes it nice and easy to see all of the options in front of you when it comes to placing a bet, so in that sense the website has plenty to recommend it. What I would say, though, is that I personally am not a fan of a ‘busy’ site and the Ladbrokes sportsbook very much fits into that category. There are adverts for features all over the place, with the homepage featuring In-Play bets down the lefthand side and links to popular areas like the next horse races down the middle. It all looks a bit too hectic for my sensibilities, but if you’re the sort of person who’s used to looking at several things at once then I imagine it wouldn’t bother you at all.

One thing I can’t argue with is the responsiveness of the site. As you’d imagine for such a high-profile bookmaker, Ladbrokes’s website is run on a speedy engine that does what you want it to almost immediately upon clicking on links. Menus open nice and quickly and pages load as fast as your browser and internet connection will allow. Once you get off the homepage and into the individual sports then you’ll find that the cluttered nature of the screen calms down and you can focus on exactly what you’re trying to find. This is especially the case with the In-Play betting market, which is good. The last thing you want when placing a time-sensitive bet is for it to be hard to find what you’re looking for!

The beauty of using a site that’s been set-up on behalf of a massive bookie like Ladbrokes is that pretty much everything you could hope to find there will be there. The Live Streaming is easy to find thanks to small TV screen icons next to the events that have a stream available, whilst I’ve already mentioned the In-Play betting market. There are more offers than you can shake a stick at, such as the ability to edit an accumulator if you’re worried you’ve got one of your selections wrong.

It would be untrue to suggest that Ladbrokes offer coverage on every sport going, but they do offer bets on pretty much all of the mainstream ones. Obviously the likes of football and cricket is covered, plus the horse racing selections are exactly as good as you’d expect from a company that started life as a commissioning agent. Less well-known bookmakers might cover the smaller and less popular sports, but that’s mainly because they need to to win business.

Ladbrokes is a veritable behemoth of a betting company, so there’s barely anything you won’t be able to do under the company’s umbrella. There are standard online table games to be played in the casino and the more modern ‘Live’ version in the live casino. There are normal games as well as all of the latest slots, to say nothing of poker and bingo. Add in the Lotto and virtual sports and you’re looking at a true one-roof-covers-all enterprise. On top of all of that there’s even an Exchange, giving you the chance to essentially ‘become the bookie’.

Ladbrokes have recently introduced The Grid, which is their way of allowing customers to place bets in store and collect the winnings online or vice-versa. There’s even a mobile app that lets you use your camera to scan in your betting slip so that you can track your bet on-the-go. As for deposits, debit cards, credit cards and a paysafecard all as for at least £5, whilst every other method would like a minimum of £10. Exactly the same minimum amount is placed on withdrawals, the only exception to that being paysafecards that you can’t withdraw to.

Ladbrokes Coral Group plc was formed in 2016 after the two companies merged together and met the requirements of the Competition and Markets Authority who said that they needed to sell about four hundred shops in order to keep the market competitive. It is the largest bookmaking enterprise in Britain, boasting a combined number of betting shops of around four thousand and roughly thirty thousand employees. John Magnier and his business partner JP McManus, he of horse racing fame, have been steadily building a decent stake in the company.