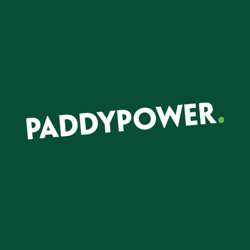 There’s an argument to suggest that Paddy Power might be one of the best known bookmakers in the English market nowadays. That’s not necessarily a compliment, more a comment on the extent of the reach of their advertising. Founded in Dublin in 1988 when three Irish bookmakers were merged, the company has long adopted the attitude that any publicity is good publicity. This is highlighted most succinctly by their decision to publish a photo showing trees having been cut down to spell “C’MON ENGLAND PP” in the Brazilian rainforest ahead of the 2014 World Cup. It was a fake, of course, and they later claimed they knew it would cause controversy but they wanted to highlight some anti-deforestation charities.

Perhaps even that isn’t as controversial as their decision to offer odds on things like the one-time US President Barack Obama being assassinated or on whether or not polar bears would go extinct. Regardless of whether or not you approve of their approach to things, few people involved in the worlds of sport or betting could claim to have never heard of Paddy Power! During the UEFA European Championships in 2012 the Denmark striker Nicholas Bendtner lowered his shots after scoring a goal to reveal underpants with a Paddy Power slogan. This was in spite of the fact that his country was being sponsored by Ladbrokes during the tournament. It is that sort of advertising, rather than sponsorship of any particular club, that the bookie has opted for over the years. 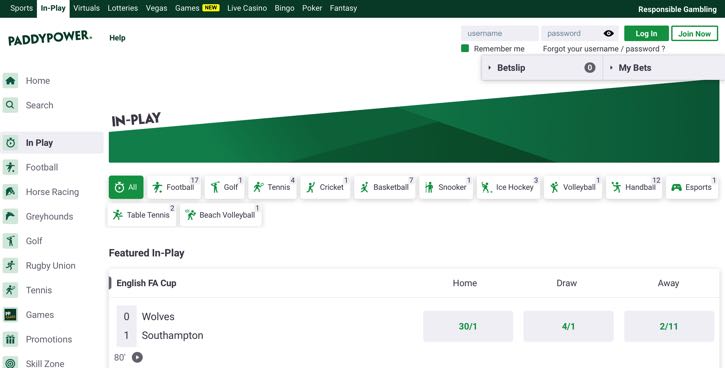 One of the things that surprised me about the Paddy Power website when I first started using it was the fact that it was actually quite understated. Having known about the company’s reputation for being bold and brash long before I became a customer, I was expecting adverts to jump out at me every five seconds and for the whole thing to be rather garish. A

dmittedly, there is still the bright green colour scheme in play in some places, but on the whole it’s actually all about white and grey. That makes it nice and easy to read the various bets and that’s something that shouldn’t be understated. The site is quick and responsive, something that, along with a good colour scheme, is really important when you’re a fan of placing live bets. The homepage of the sportsbook isn’t too busy, though there are adverts on the right for the latest features and offers that they have available to you. All in all it’s a site that I like using a lot more than I expected to.

From Live Streaming through to the option to Cash Out your bet, Paddy Power offer all of the features that you’d expect from such a high profile bookmaker. Their In-Play is nice and easy to navigate, which is a big help when your bet is time pressured, offering you the ability to opt for a Multi-View if you’re looking at several different events at the same time. Add in the fact that you can listen to live commentary of numerous different sports as well as the company’s regular promotions and you’ve got a bookmaker that is well worth looking to for all of your betting needs.

Paddy Power offer an interesting mix of sports for you to bet on, making sure that they cover all of the big ones as standard. Football will always take pride of place for a company aiming themselves predominantly at a UK audience, with horse and greyhound racing also high on their list. Some slightly more unexpected sports are also offered, though, so fans of crossfit games, fishing and weightlifting will be pleasantly surprised at what they can bet on. The sort of novelty bets that caused the controversy that I mentioned before are also in there, should you be wondering.

Somewhat unsurprisingly considering the size of the company, Paddy Power have begun to position themselves as an all-in-one solution to your betting needs. Though the sportsbook will always take pride of place in their coverage, they also offer any number of other options for your pleasure. As well as a live casino there’s also a more classical online casino, complete with versions of all of your favourite games.

If you like the slots then they’ve got you covered, whilst anyone who enjoys poker or bingo will be equally pleased. They’ve also got their own lottery games as well as virtual sports, meaning you’ll be able to place a bet in one form or another any time you feel like it.

You can make deposits into your account using debit and credit cards, PayPal, Skrill, NETeller and all of the usual methods that you’d expect to find. The minimum amount you need to pay into your account is £5, whilst you can also withdraw via most of the same methods as long as you want to take at least £10 out of your account. One thing that you might want to do is deposit or withdraw money in a Paddy Power shop and, because they have a number of high street stores, that’s an option that is available to you.

Who Are Paddy Power?

One thing I haven’t even mentioned yet is the fact that Paddy Power merged with Betfair in 2016 to create the imaginatively named Paddy Power Betfair. The new force became the biggest online gambling company when it comes to sales and revenue, boasting a value of more than £10 billion. The two companies continue to be run as separate enterprises, so you don’t need to worry if you’ve already got a Betfair account.

The merger with Betfair was really nothing more than a continuation of a takeover strategy that the company has employed pretty much since it was formed back in 1988. After all, the original company was created by the merger of three high profile Irish bookmakers named Stewart Kenny, David Power, and John Corcoran who owned more than forty high street shops between them.