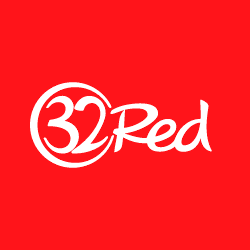 32Red’s website might feel as though it’s got some recognisable qualities to you if you’re someone who has used a number of different bookmakers over the years. That’s because it’s part of the Kindred Group, the parent company that also owns other major UK-based bookies, such as Unibet and Stan James. They’re all run as entirely separate enterprises, of course, so you can still join up even if you’re a member of one of the others I’ve mentioned. But I always think it’s important to know if a bookmaker comes from a wider family, though, just so you know what sort of thing to expect.

The Kindred Group itself can trace its history back to 1997, whilst 32Red only dates as far back as 2002. That’s when the company was formed to offer users the opportunity to play countless casino games, including standard offerings such as blackjack and roulette. It wasn’t until five years later that the decision was taken to launch a sportsbook too, coming under the title of 32Red Bet. The company pre-empted this by sponsoring the then Premier League side Aston Villa’s kit, doing so from 2006 until 2008. Since then they have been the sponsors of other clubs like Swansea City and Crawley Town, so you’ll likely have noticed them around if you like football. 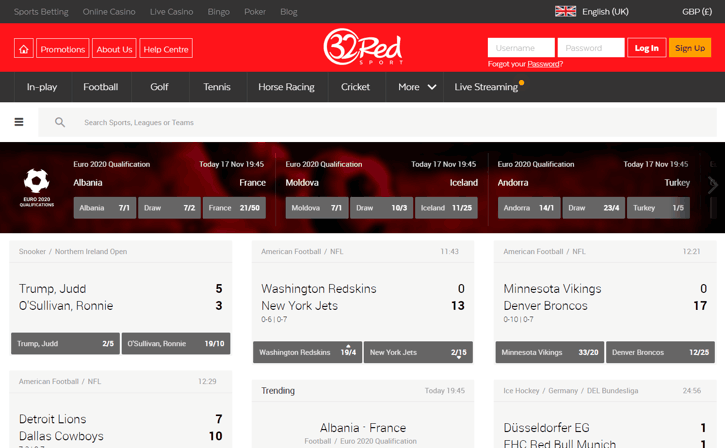 The 32Red site can take a little bit of getting used to if you’ve spent most of your time betting on more mainstream bookmaking websites. That’s purely because they’ve opted for a rather unique design style, putting individual events into their own box on the homepage. It’s the sort of thing you’ll be used to seeing if you’re a user of the latest versions of Windows or have a Windows Phone, but for everyone else it’s a bit weird to look at to begin with. After a while, though, you’ll get used to and, if you’re anything like me, will start to really appreciate its simplicity of design.

I must confess that I don’t love the large red bar across the top of the screen that tells you the name of the website your on, mainly because the rest of the site has a colour scheme of greys and whites that mean that the red looks rather garish. You’ll find all of the sports covered in a list down the lefthand side of the screen, which I have to say I do like very much. It gives you quick access to whatever you need and the quality of the site’s build means that you don’t have to spend ages waiting for pages to load. It’s fast and responsive, provided that your computer and broadband can promise the same, which is a great thing to know when you’re looking to bet live.

The welcome bonus mentioned before should make perfectly clear that In-Play betting is a feature that 32Red have gone quite heavy on in recent times. What I like about that, though, is that they don’t ram it down your throat like other betting companies.

There’s a ‘Live Right Now’ button at the top of the bar on the lefthand side as well as another saying ‘Starting Soon’, as well as live events featured on the main page. Other than that, though, they keep things rather less ostentatious than some bookmakers feel the need to do. Add in the ability to Cash Out your bet and the only thing missing from the offering is Live Streaming.

I would describe 32Red’s sports coverage as decent rather than exceptional. You’ll find all of the most common betting markets in there, such as football, horse racing and tennis, along with slightly more unusual offerings like floorball and trotting.

If you’re a fan of particularly off-the-beaten track events, however, then you’re destined to be somewhat disappointed. 32Red have gone squarely for the mainstream market rather than the sporting hipsters, but that’s not a bad thing in and of itself. 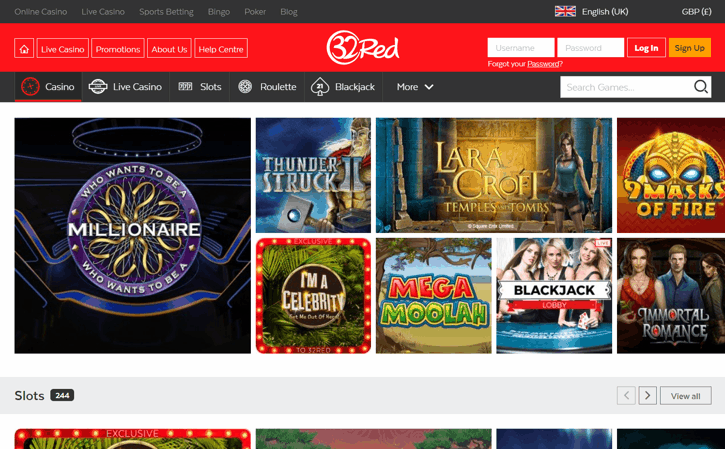 Given that 32Red started life as an online casino, it isn’t a major surprise to learn that they still offer that side of the business to their customers. In fact, such is their confidence in their offering, they actually have three different types of casino that you can choose from. There is a standard casino, of course, with all of the usual computerised games that you’d expect to find online.

There’s also a live casino, with real humans dealing the cards and spinning the roulette ball. On top of those, though, you’ll also find a premium casino, which you can download to your Windows computer to play at your own leisure. On top of all of them you’ll be able to play bingo and poker, should either of those games tickle your fancy.

Debit cards are accepted pretty much everywhere, so it’s no shock to see that 32Red allow them to be used for payment. PayPal, NETeller, Skrill, ECOPayz and the like might be slightly newer kids on the block, but they’re on the list of acceptable payment methods too. £10 is your base amount in terms of depositing money and withdrawing it from your account with the majority of payment types. The only exception to that rule is a bank transfer, which asks for a minimum of £10 to pay money in but £100 to get money out.

Nowadays 32Red comes under the umbrella of the parent company Kindred Group, but that only happened when the latter bought the former in a 2017 takeover. Prior to that it was an English company that had based itself in Gibraltar for licensing and tax purposed, having been formed in 2002.

As for Kindred Group, which was formerly Unibet Group Plc, it was formed in 1997 by a Swedish businessman named Anders Ström. There are thirteen different brands that are part of the Kindred Group at the time of writing, with online gaming being the main thrust of its business. The takeover of 32Red followed a number of similar acquisitions, such as the 2015 purchase of the bookmaker Stan James.