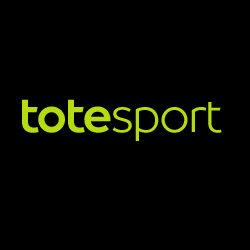 If you’ve ever been to a racecourse then you will, in essence, have seen Totesport. It probably won’t have been called that, however, with the company having its origins in The Tote. It was set up in 1928 by the British government under the leadership of William Churchill and operated as an alternative to illegal off-site bookies. The Tote as privatised in 2011, despite talk of doing just that having been taking place since the end of the 1980s. Around five different companies bid for the right to own The Tote and the shortlist was narrowed down to Betfred and Sports Investment Partners, with the former winning the bid by offering around £265 million. Totesport might be owned by Betfred but the two companies are run as separate entities.

Betfred boasts over five hundred betting shops on the high street that you can use for your Totesport account, with Totesport themselves boasting some form of shop or kiosk at the majority of racecourses in Britain. It’s the most popular company to use for pool-style betting and is, in fact, the only one that can offer such a form of betting on the horse racing. Not that it’s only pool betting you can do through them, of course. The reason I’m talking about them is that they’ve introduced standard fixed-odds betting in recent years, meaning you can get the best of both worlds. 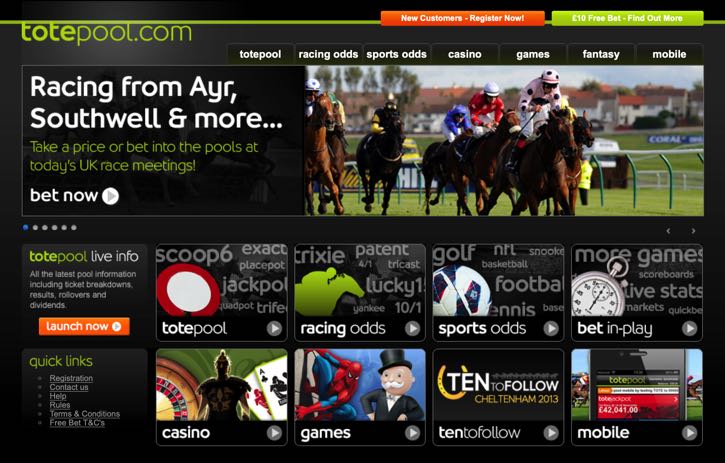 If I’m being totally honest, Totesport’s site isn’t my favourite of the major bookmakers. I feel as though the company has made deliberate attempts to be different from Betfred and, for me, it hasn’t really worked. The colour scheme is black and lime green, which is not very pleasant to the eye when there’s loads of it on the same screen. That sort of thing is entirely subjective, of course, and I know plenty of people who actually quite like it. Obviously the colour scheme is nowhere near as important as the usability of the site and on that front at least it’s decent enough.

In this day and age of major competition, where all of the big bookmakers have slick and impressive websites, I’d like the Totesport site to respond a bit quicker to the instructions that you give it. That said, it’s not terrible and the menus work quite nicely. The company’s biggest draw is horse racing, so it’s not a big surprise to see ‘Racing Highlights’ at the top of the lefthand side of the screen. It lets you move straight to the next races due to get off or any big meetings, and that’s what most of the Totesport users will be wanting anyway.

The In-Play betting feature offered by Totesport is quite impressive when you bear in mind that horse racing is its major sport and isn’t necessarily one that lends itself to to the medium. There is no Live Streaming option, which is disappointing, but you can listen to commentary of horse and greyhound racing, football and selected other events.

I’m not going to keep banging on about the fact that Totesport was born out of a desire to offer legal betting for horse racing, but it’s fair to say that the company cover the Sport of Kings about as well as you could hope for. That’s not say that other sports take a backseat as far as coverage is concerned, just that if you like to bet on the horses then you’ll be delighted.

All of the usual mainstreams sports are on the Totesport list along with the likes of esports, ice hockey and rugby. Not quite an all-encompassing list of sports and events offered, but you’ll be able to have a flutter on most things. 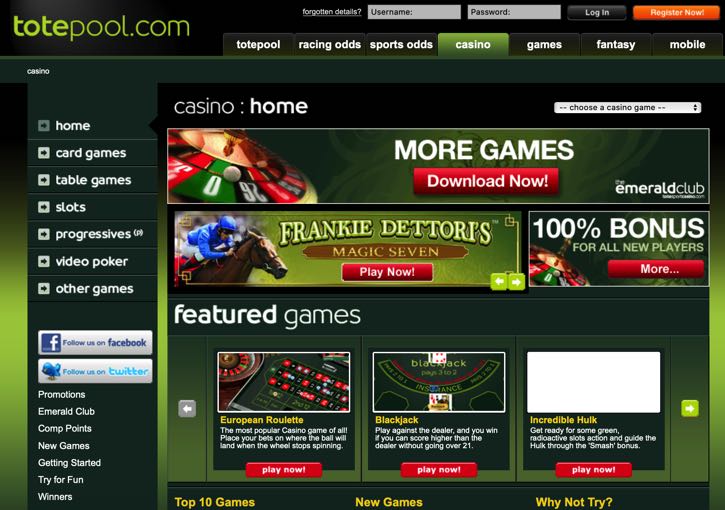 As I mentioned in the intro, Totesport have branched out over the last few years. This includes adding the fixed-odds to their sportsbook. More interestingly from my point of view for this section is the fact that they’ve added casino style games recently, too. That includes the likes of roulette, card games such as blackjack and numerous different slot machines. There’s also a lottery-style game that you might be interested in if you prefer something quicker that has big rewards.

The minimum deposit for most banking methods is £5, with the random exception of NETeller, which asks for at least £5.50. It’s also slightly different with bank transfers, to be fair, as you need to pay at least £85 to use that deposit method.

The various withdrawal methods each have their own minimum withdrawal amount, though most of them say £5. Again, bank transfer is different as that’s £25. You can also deposit money into your Totesport account and withdraw from it in a Betfred shop, should you choose to.

The short answer is that Totesport are Betfred. The latter company was founded in 1967 in the Salford district of Greater Manchester. Owned by Peter and Fred Done, the company made a bid on, and won the rights to buy, The Tote from the government in 2011. Totesport’s headquarters is in Wigan, if you’re wondering.